Dive Against Debris on my Eco Divemaster Internship 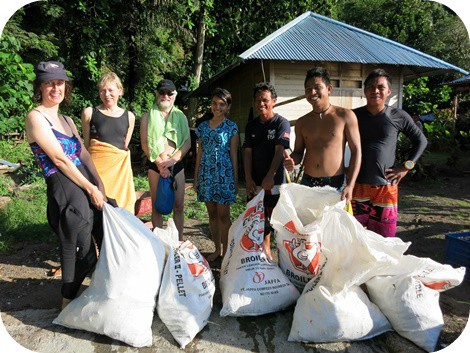 As rubbish in our oceans is a big problem, and as part of my Eco Divemaster Internship I had to organize a Project Aware Dive Against Debris reef cleaning.  So last Friday an intrepid group of 8 divers (some were even volunteers) went to one of the Two Fish dive sites and after I gave my first dive briefing, we descended into what looked to be basically an underwater rubbish dump.

It was fairly discouraging in some ways – we spent an hour picking up trash and only made a small a dent in the amount that was there – but what we were doing was part of a wider campaign.  When we got back to dry land we weighed our haul and found we’d collected a grand total of 146 kg of debris. We sorted and counted it all: it was mainly plastic cups and wrappers, but we also had clothing, shoes, nappies, handbags, toys, light bulbs and even a dog skull.

The results of our work were uploaded to the Project AWARE website so they can use our figures as part of their wider campaign to convince individuals, corporations and governments to reduce the waste they put into the sea and help protect our oceans. 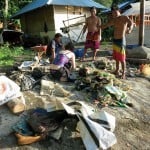 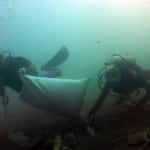