Amazing Underwater Adventures in Indonesia, since 2001 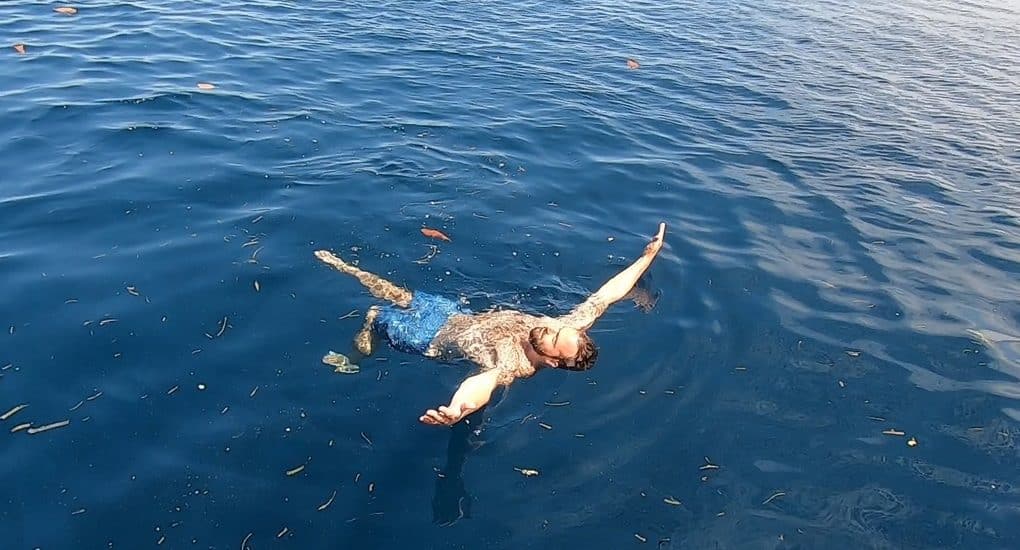 My second week of the Divemaster course made for some surprises. Extremely good ones, as well as some not quite as good. Overall, an intense, educational and exciting time. Rumours of dugong sightings around the island, specifically a mother and calf seen by snorkellers on the west side of Bunaken, were being celebrated in the bar and the story has got the whole island talking. My own sighting of 50 or more dolphins returning from a dive trip with a boat full of guests was received with less interest.

This week I did not dive as much as wished, but I make the Divemaster course here and not just one fun dive after the other. After a few weeks in the Two-Fish Resort, the stay feels here really like family. Not so for the underwater world: Every dive I discover new things and more and more I realize in what a paradise I landed.

Disappointingly an Open Water Course was cancelled this week and our schedule had to be changed but dealing with this frustration is one part of the education, although this was not necessarily announced in the description of the course. As a Divemaster you have to learn to be flexible and If I want to work in the Dive Industry one day, this will be a valuable experience that I have already made here. Just as the frustration about the skill training which did not go as well as I hoped, it is important for me to reflect on my progress and not be discouraged by a few setbacks. I was glad to complete my second Divemaster exam and continue working through Divemaster workshops to become a better mentor and more confident dive professional.

As well I am getting more aware of the challenges which the whole marine ecosystem faces these days. Because of that i would like to share some information about the dugong. Nowadays a very rare animal because it is close to extinction:

The dugong lives in the waters of some 40 countries and territories throughout the Indo-West Pacific. The dugong is largely dependent on seagrass communities for subsistence and is thus restricted to the coastal habitats which support seagrass meadows, with the largest dugong concentrations typically occurring in wide, shallow, protected areas such as bays, mangrovechannels, the waters of large inshore islands and inter-reefal waters. The northern waters of Australia between Shark Bay and Moreton Bayare believed to be the dugong’s contemporary stronghold.

The dugong has a fusiform body with no dorsal fin or hind limbs. The forelimbs or flippers are paddle-like. The dugong is easily distinguished from the manatees by its fluked, dolphin-like tail, but also possesses a unique skull and teeth. Its snout is sharply downturned, an adaptation for feeding in benthic seagrass communities. The molar teeth are simple and peg-like unlike the more elaborate molar dentition of manatees.

The dugong has been hunted for thousands of years for its meat and oil. Traditional hunting still has great cultural significance in several countries in its modern range, particularly northern Australia and the Pacific Islands. The dugong’s current distribution is fragmented, and many populations are believed to be close to extinction. The IUCN lists the dugong as a species vulnerable to extinction. Despite being legally protected in many countries, the main causes of population decline remain anthropogenic and include fishing-related fatalities, habitat degradation and hunting. With its long lifespan of 70 years or more, and slow rate of reproduction, the dugong is especially vulnerable to extinction.

So, as I head to Amed for the next chapter in my aventure, I think it is not only important to talk about the beauty of the underwater-world, but also about the challenges we face. If the diving tourists and also the local people are aware of the vulnerability of this little paradise we have here in Bunaken, the first step to protection and eventually restoration is already done.

Hi there, I am Nigel and I own Two Fish Divers with my wife Tina. I run the Two Fish blog and want to inspire you to visit and dive Indonesia, learning about amazing locations, and finding out about some of the amazing experiences and activities that you can have.

Dive in with us and sign up to our newsletter